I have always been a very traditionally rooted person. Being brought up in a very traditional and cultural Bengali family, saris have always been my first love. Even if I pride myself at the flexibility with which I can endorse a short dress to a nine yard sari, these lay down of handpicked handloom and silk saris come not only with me showing you how to be casual and comfortable in a saree, but also how there can be so many quirky ways of wearing one if you are a non-conformist. Saris are more than a garment, they come with so much of history and generations of hard work that has made them a national cultural identity for a reason. I hope you enjoy these styles and looks and if you want to get your hands on some of these, the details are mentioned at the footer.

Gadwal sari is a handcrafted woven sari style in Gadwal of Jogulamba Gadwal district in the Indian state of Telangana. They are most notable for the Zari on the saris for its beautiful exotic designs.Gadwal sarees were a big hit, right from the beginning. Hence, some weavers from Gadwal were sent to Benaras by the king to learn the art of weaving this particular style. The outcome was hand woven variety of Gadwal saris that became immensely popular. The sari consists of cotton body with silk pallu and the golden zari work along the lengths of the borders gives it an exquisite touch.  Gadwal Handloom Centre, established in 1946 by the late Ratan Babu Rao, was mainly responsible for the widespread knowledge and detail regarding the Gadwal Sari. 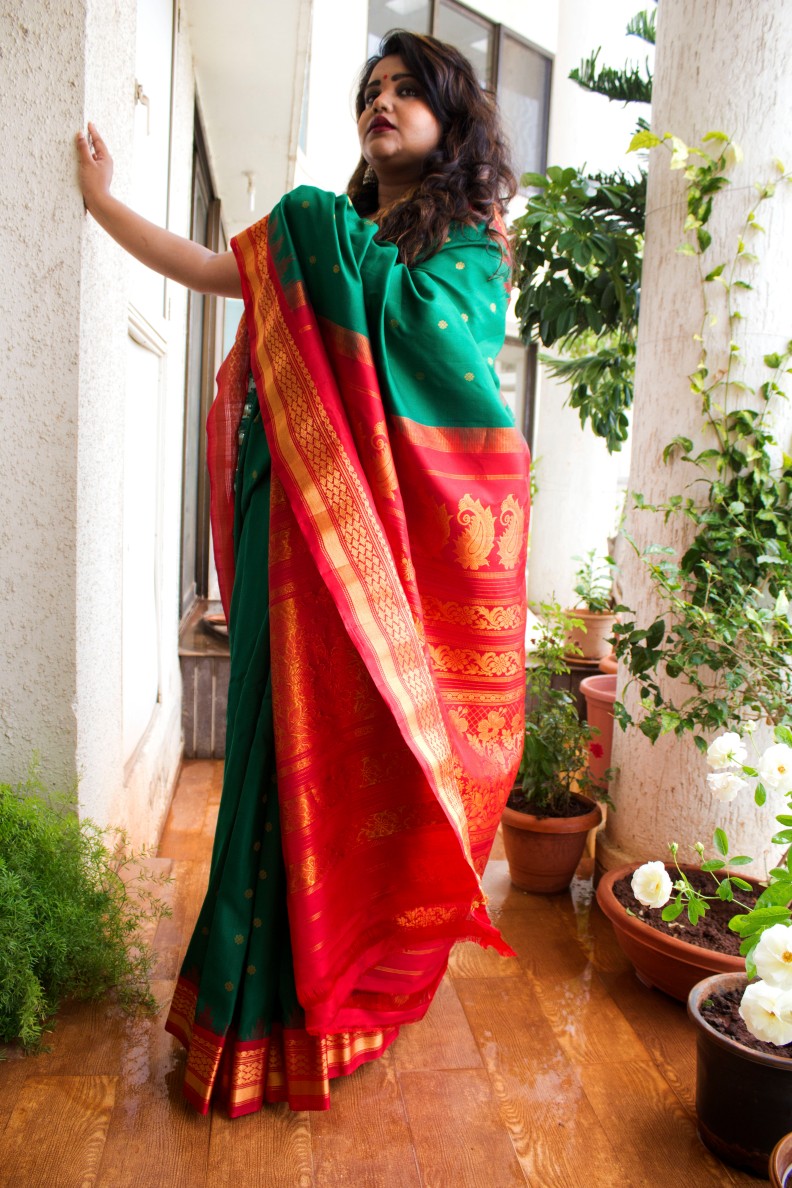 Kantha is one of the oldest forms of embroidery that originated in India. Its origins can be traced back to the ancient pre Vedic ages, however, Kantha embroidery as we know it today was found in Krishnadas Kaviraj’s 500 year old book, Chaitanya Charitamrita. Motifs found in early Kantha embroidery include many symbols that were derived from ancient art. Rural housewives in West Bengal played a significant part in the evolution of Kantha embroidery. It was customary for these women to make use of Kantha’s widely used running stitch and embroidery techniques. For centuries, the techniques of the hereditary craft were, and still are, passed down from mother to daughter. Though it continued to be practised amongst rural women, recognition of the craft faded over time, until it was revived on a global scale in the 1940s by the renowned Kala Bhavana Institute of Fine Arts, which part of the Viswa-Bharati University in Shantiniketan, West Bengal. It was revived yet again by Shamlu Dudeja in the 1980s when she founded Self Help Enterprise (SHE) that helped empower women and their livelihood through Kantha embroidery. 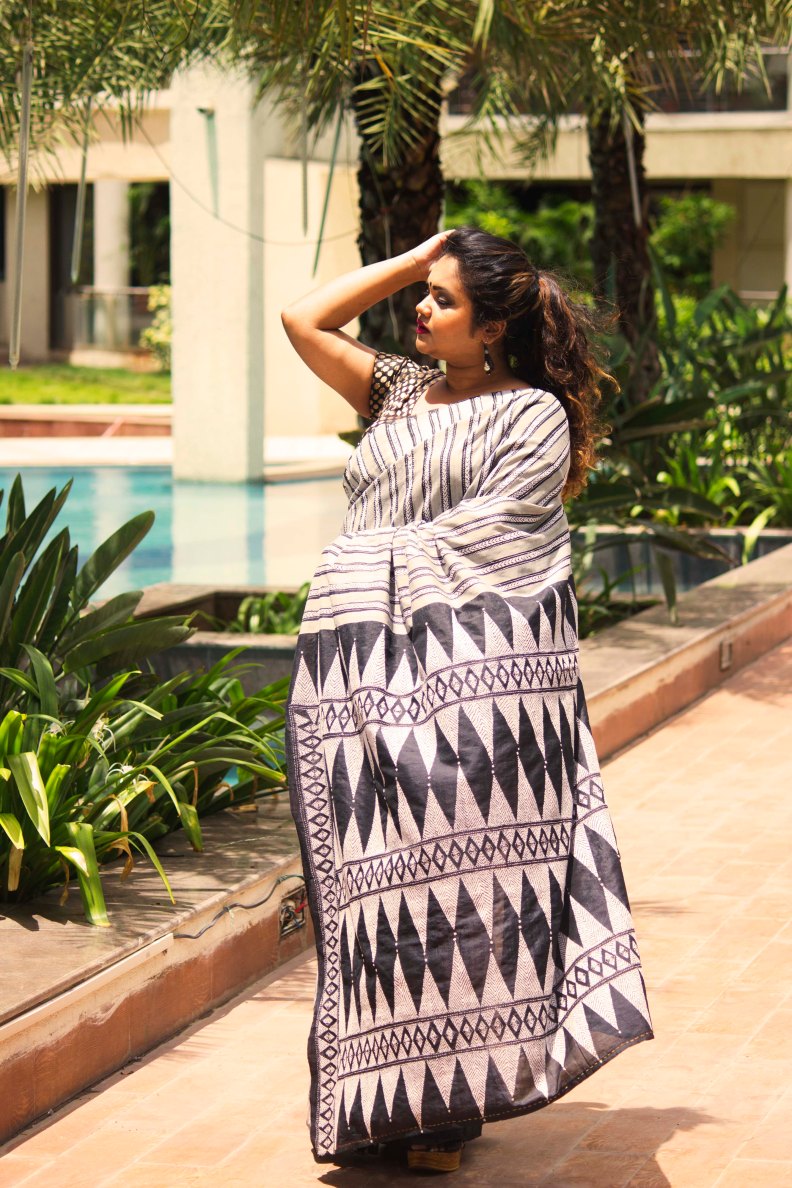 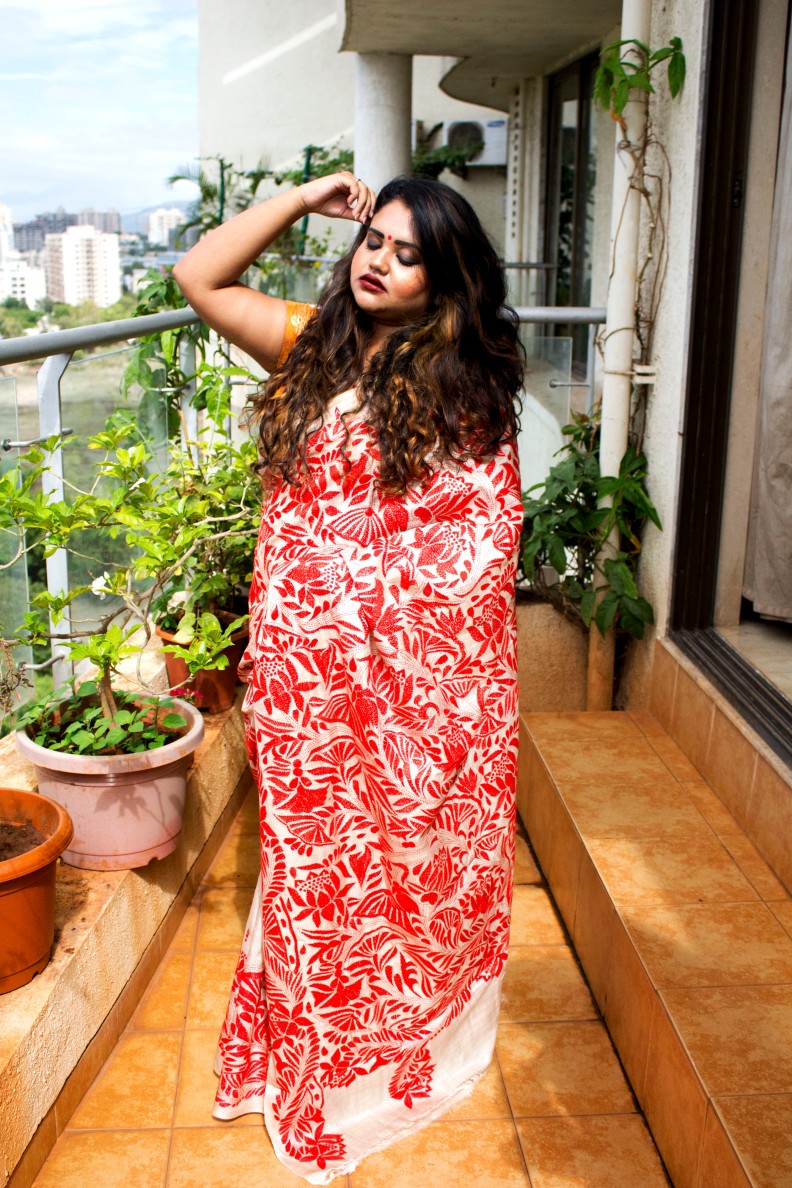 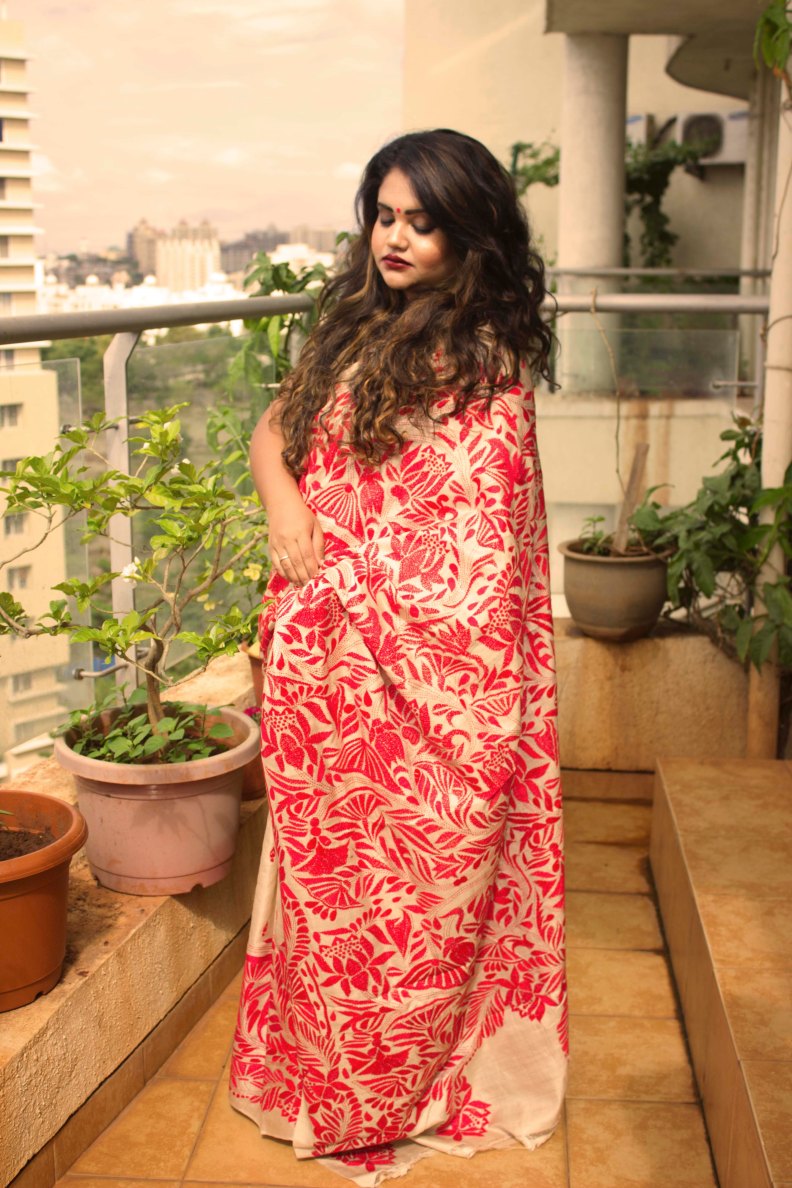 3- The Chiffon and Silk Sari

Chiffon, from the French word for a cloth or rag, is a lightweight, balanced plain-woven sheer fabric woven of alternate S- and Z-twist crepe yarns. The twist in the crepe yarns puckers the fabric slightly in both directions after weaving, giving it some stretch and a slightly rough feel.Early chiffon was made purely from silk. In 1938, however, a nylon version of chiffon was invented, and in 1958 polyester chiffon was invented and became immensely popular due to its resilience and low cost. Under a magnifying glass chiffon resembles a fine net or mesh which gives it some transparency. As a precaution, craftsmen work slowly and steadily with this fabric. If the fabric is stretched during the sewing process, it may bunch together and ruin the whole stitch. The stitching must be very clean and fine to improve the finished appearance. 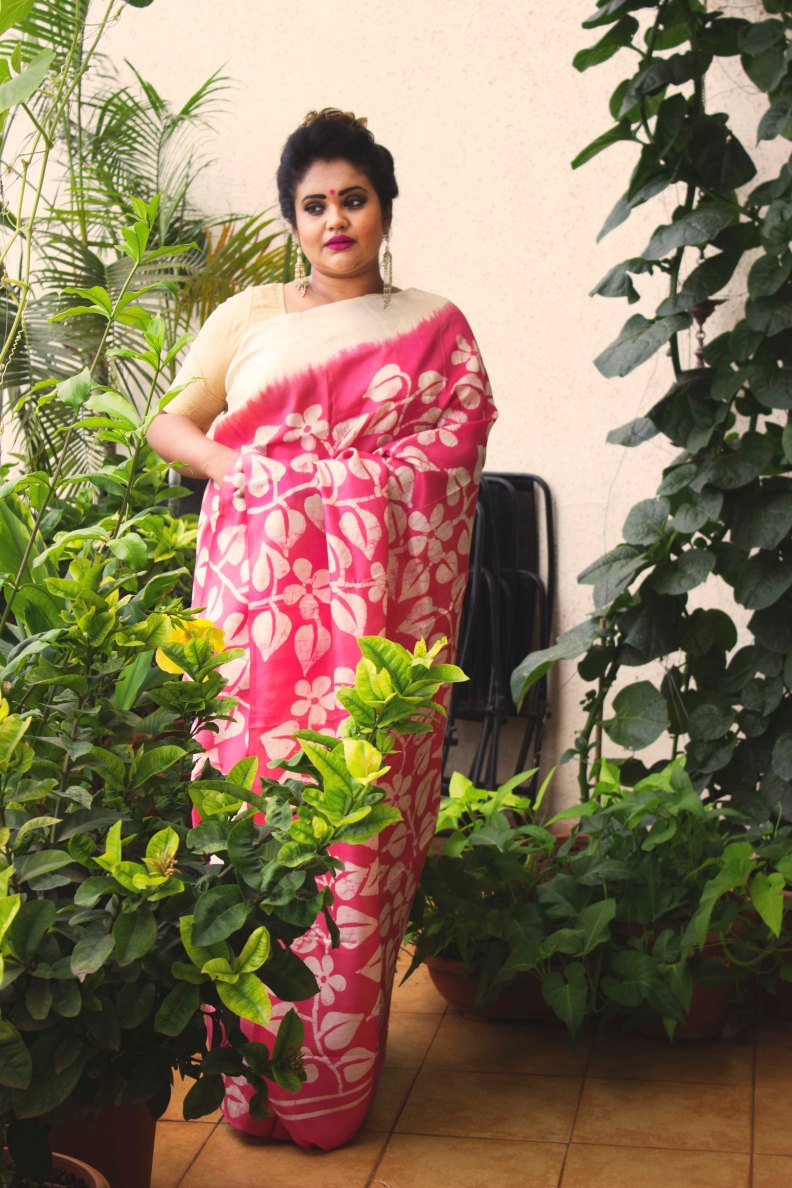 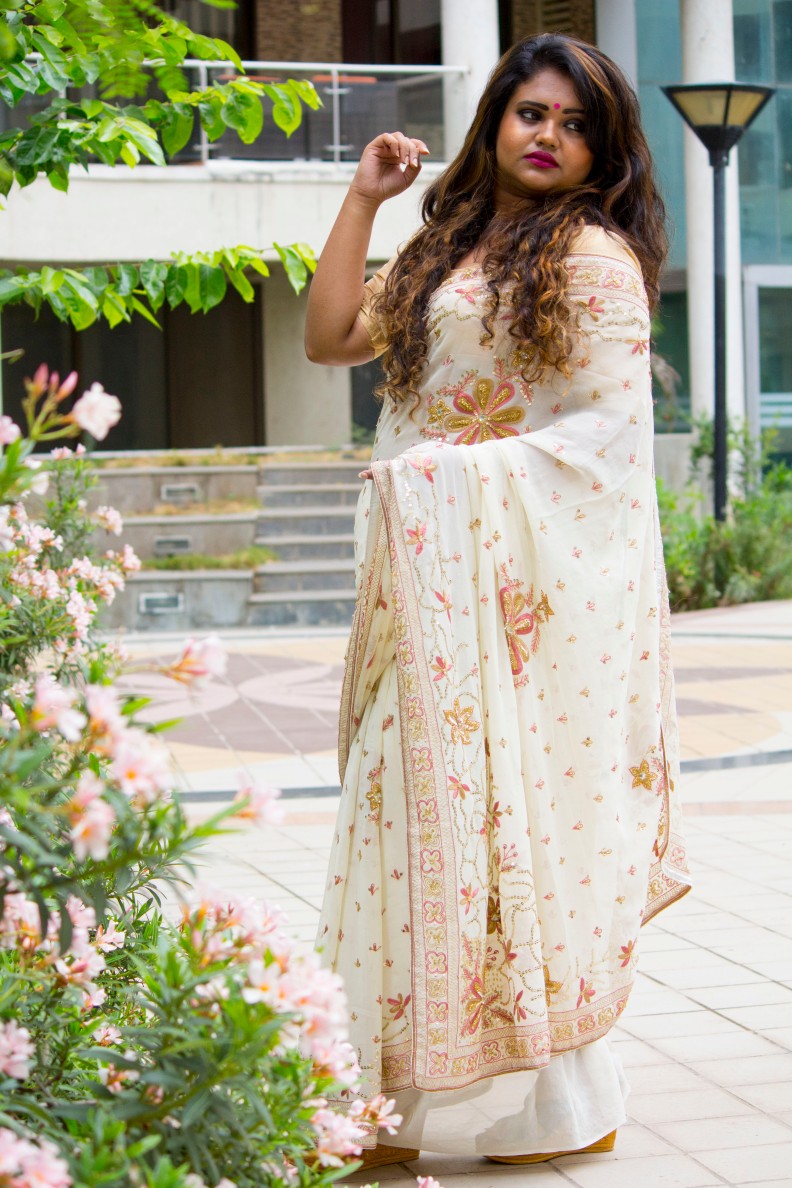 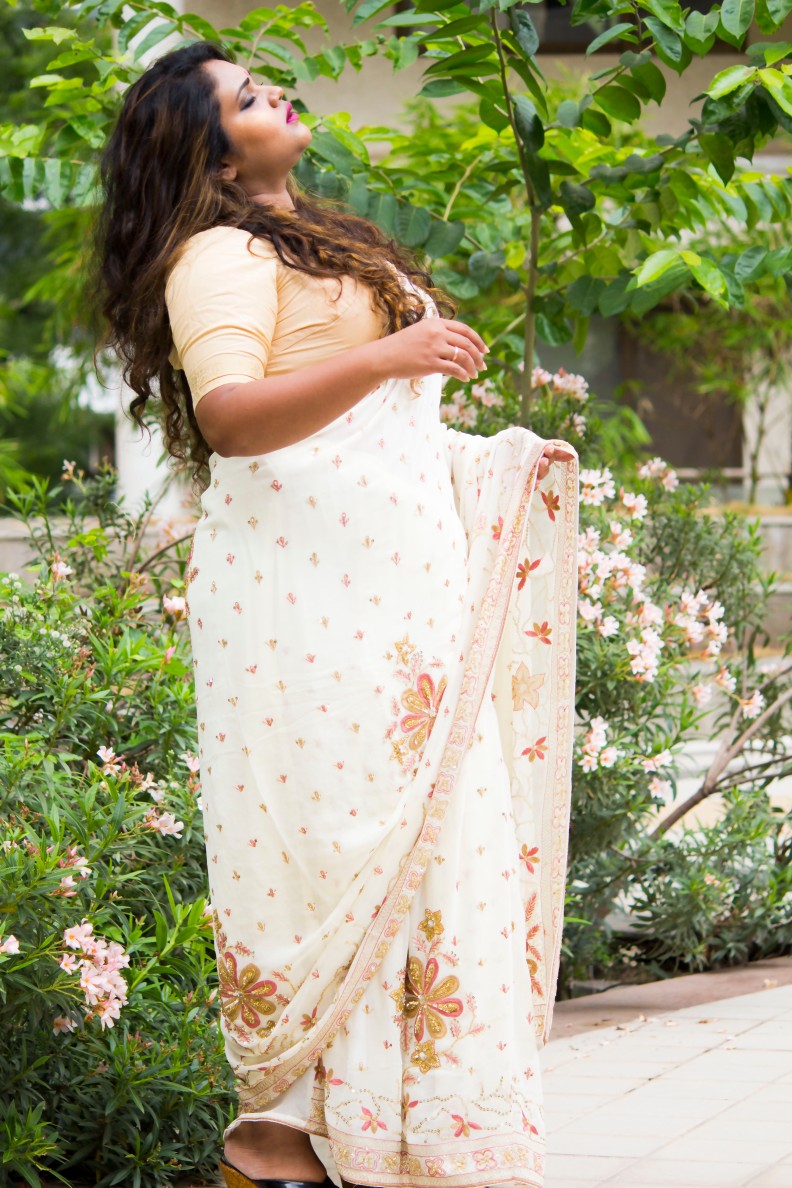 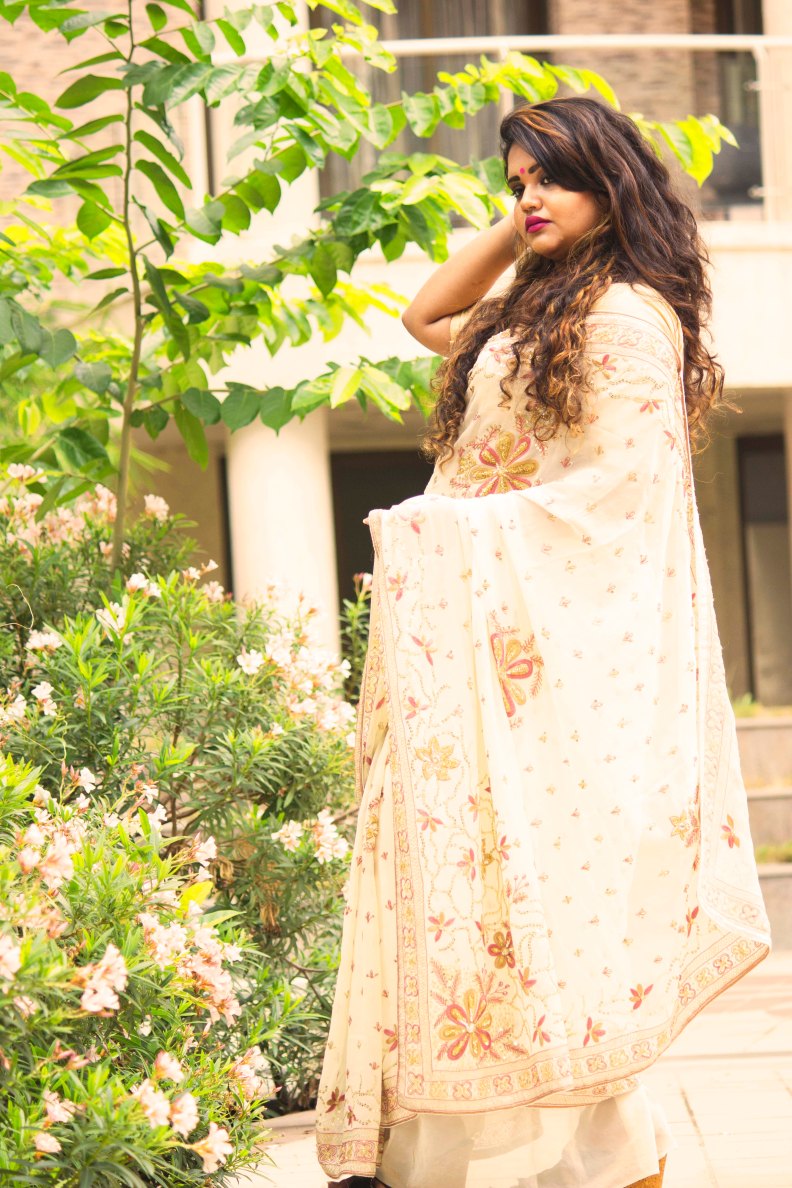 Jamdani, a word that came from Persian language, is a combination of the words ‘Jam’ and ‘Dani’ meaning “flower” and “Jar” respectively, that means- Jar of Flowers. The name is suggestive of the beautiful floral motifs that adorn these gorgeous sarees. Jamdani weaving is the Cutting Edge symbol of Bangladesh’s rich cultural heritage.The Bengali version of the name, Dhakai, comes from the place of its origin  — Dhaka in Bangladesh. Interestingly, the earliest mention of Jamdani sarees can be found in Chanakya’s Arthashastra, dating back to the 3rd century BC. The book refers to it as some fine cloth from “Bangla” and “Pundra” region.  Significant mentions of Jamdani can also be found in the book of Periplus of the Erythraean Sea, besides the accounts of Arab, Chinese and Italian travellers and traders. In the first half of the 19th century, James Taylor described the flowered Jamdani. Though Jamdani has enjoyed immense popularity right from the beginning, the art form bloomed during the Mughal period. However, colonisation by the British saw a decline in the production of this fabric. Post the partition, many weavers migrated to present day West Bengal, and that marked the beginning of the art form in India. 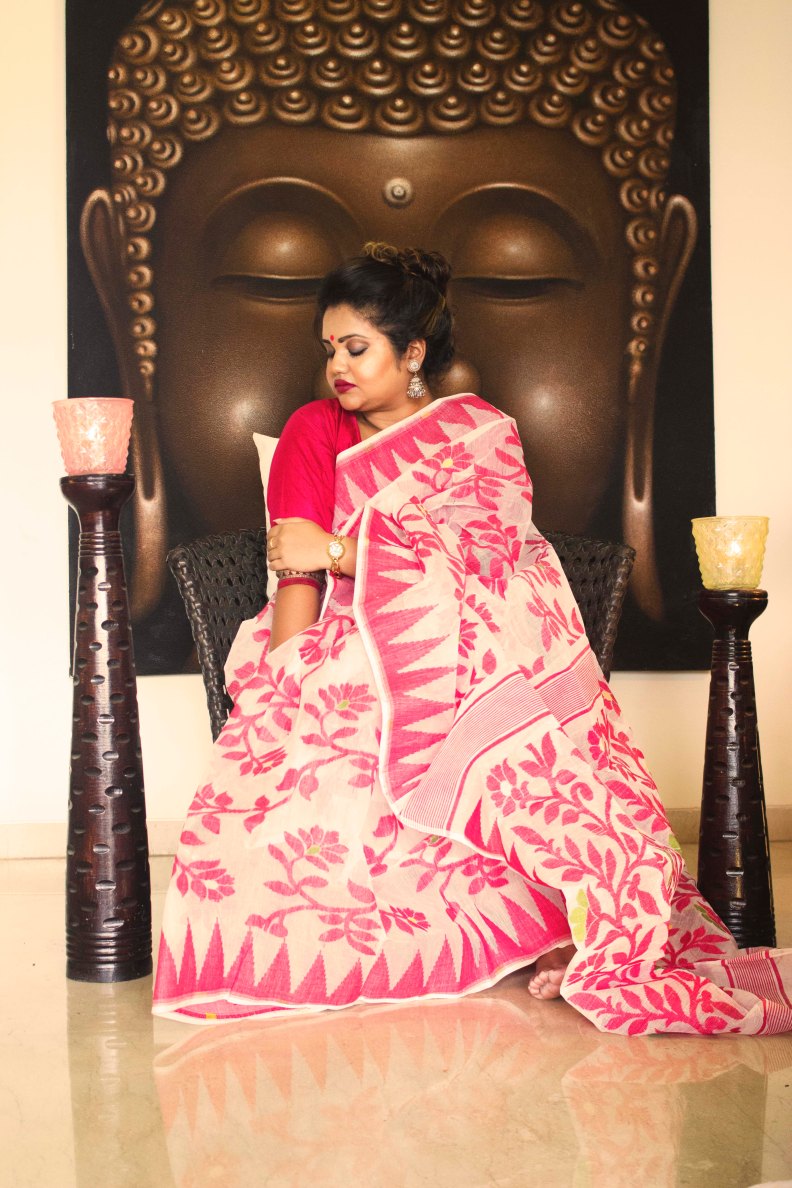 5- The Dhakai Muslin and Silk

Similar to its Dhakai sari roots and origin, the Dhakai Muslin in Blue and the magenta silk sari were two of my most favourite as well. Because of the quintessential Indian traditional vibe i wanted to lend to the rest of the styles I decided to be a bit more dramatic and give the saris a skirt twist and drape it with a shirt and blouse, for all the bold and gorgeous women out there who would like to style a sari more than just in the dhoti way or the traditional way. Pair it up with your favourite separates by adding volume as a skirt or by pairing it up with a shirt-blouse for a morning wedding where cocktails at the resort are on the menu! 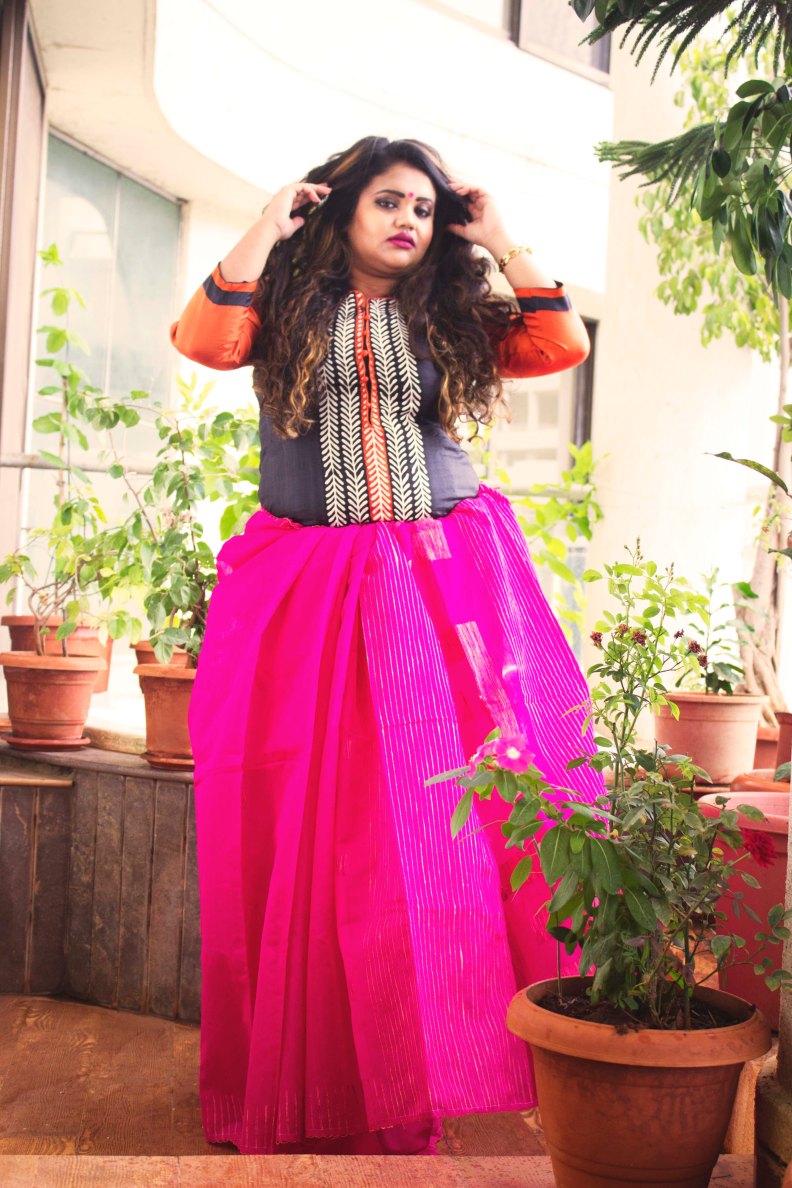 Published by The Moody Suburban Girl

Fashion Stylist, Journalist/blogger/Writer and a MBA graduate in Luxury Brand Management from IFA Paris, I like thinking about complex things and diligently dole out crisp pensive words over my faithful glass of wine. I love to trap people and everything fleeting in my web of words and attach my spirit to cats and Chanel. I am a Bengali hailing from India and believing in parallel universe. View all posts by The Moody Suburban Girl

4 Replies to “SARI DON’T BE SORRY”